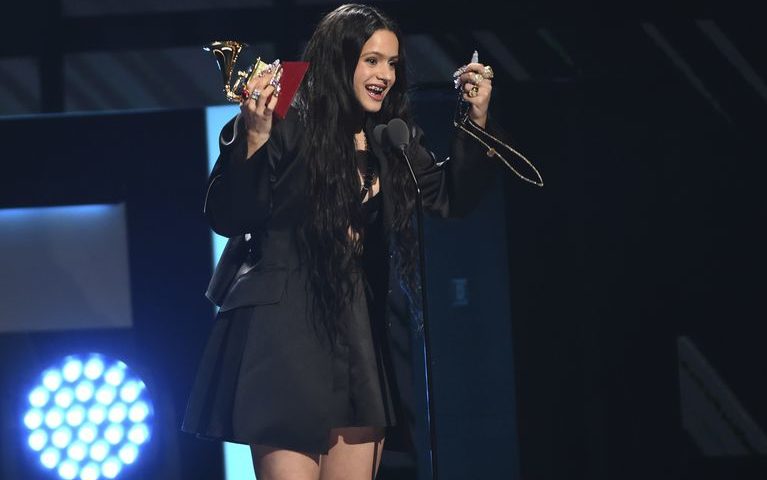 “Rosalía has the depth of an artist who has been with us for generations,” said Lauren Jauregui, presenting the 27-year old at Billboard’s 2019 Women in Music grants service. Rosalía was tolerating the respect of Rising Star on account of her ongoing dash of entrancing workmanship, however evident Jauregui’s words, her advanced interpretation of the flamenco of her local Spain – explicitly its Catalonia area – conveys enormous history.

Rosalía made that big appearance and attacked an a cappella form of “Catalina,” the lead single from her 2017 collection Los Ángeles. Conveying the dramatic ballad without any than her ground-breaking vocals and some sensational hand motions, it was outlandish for the group to be anything besides transfixed, quickly. She segued into her El Mal Querer tune “Di Mi Nombre” and kept on holding the group in the palm of her hand, at long last joining a group of four of support vocalists for the finale. As they recited, “Ali, Ali, Ali!” Rosalía broke into move for the last minutes.

“When I was 15, 16, I started going to the studio, and my biggest inspirations were women,” she refered to, Lola Flores, Janis Joplin, and Patti Smith. Be that as it may, the studio work force for the most part didn’t mirror this. “The engineer was a man. The producer was a man. And I was in college studying music and all the musicians were men, too.”

She guaranteed, “I will never stop ’til I find and see the same number of women as men in the studio.”

Rosalía is likewise nominated for best new artist at the 2020 Grammys, as 2019 singles like “Aute Cuture” and “Con Altura” have pursued a year ago’s El Mal Querer with considerably increasingly basic approval and business achievement. Yet, Rosalía has just shown up; her Women in Music execution and discourse were affirmation of that.

Google Assistant would now be able to control Chrome on Pixel 4, Here’s the way to empower it