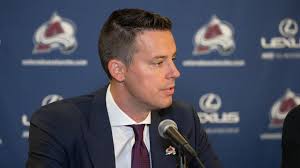 Kroenke Sports and Entertainment will assemble its own esports front office to deal with the Los Angeles Gladiators and one of the two future Los Angeles-based Call of Duty groups after commonly going separate ways with Sentinels, the association that had been running the Gladiators.

The Gladiators will go under new administration just because since the group was established in late 2017. Kroenke Sports and Entertainment consented to pay $25 million in August to obtain rights to a Call of Duty Global League establishment space in Los Angeles.

The two teams will be overseen by a front office that is required to be worked by KSE official Josh Kroenke and Michael Neary, a Denver-based land financial specialist who went to college with Kroenke in Missouri.

Among potential front-office applicants the two have spoken with is previous Echo Fox president Jared Jeffries, who was terminated a little while back after Riot Games held onto Echo Fox’s League of Legends Championship Series opening, sources familiar with enlistment told ESPN. Jeffries, a previous NBA player, recently worked for Kroenke at the Denver Nuggets as an executive of player staff.

Kroenke Sports and Entertainment and Sentinels will part after they settled a claim recorded by Sentinels co-founder and CEO Rob Moore against KSE, which affirmed that official Josh Kroenke abused a verbal joint endeavor understanding between the two. That suit originated from Kroenke Sports and Entertainment’s endeavor to get Echo Fox’s League of Legends opening for $30.25 million, an arrangement that fell through after the suit was documented. Money related subtleties of the repayment were not disclosed.

In June 2018, Moore and his staff rebranded Phoenix1 as Sentinels. Phoenix1 contended in the League Championship Series for three parts in summer 2016 and all through summer 2017, yet their application for diversifying was declined by the league in October 2017. The team includes various top fight royale players, including Fortnite World Cup solo champion Kyle “Bugha” Giersdorf.