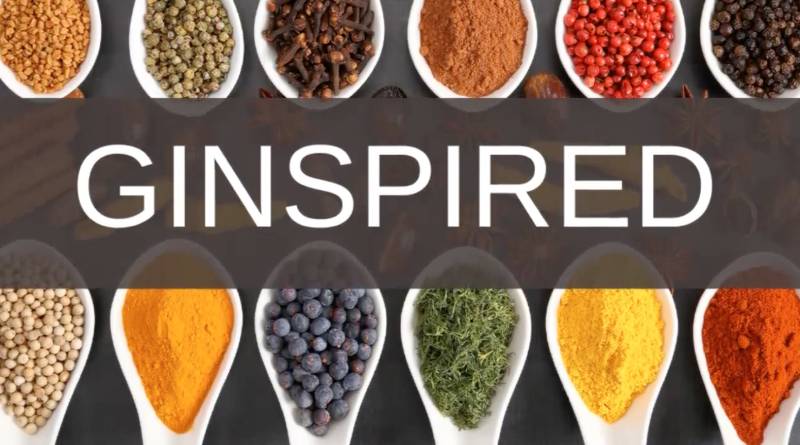 Have you noticed that there are a multitude of recipes that include wine, rum, beer, whisky, brand and a variety of other spirits and alcoholic beverages, yet seemingly none involving gin?  Ginspired aims to change this. This gin-based cookbook aims to showcase a love of one of the most beloved spirits. The gins that it utilises in its recipes are not your grandma’s gins though; Ginspired’s authors have drank gins from a plethora of different countries, and believe that modern gins possess a variety of flavours that have never before been truly appreciated within the context of food. This book will showcase 100 original recipes that place the juniper-based drink within a starring role, for example gin-blazed hams and dirty martini bread.

Ginspired is the creation of gin enthusiasts Kate Dingwell and Heather Wilson, the former of which is an experienced alcoholic-beverage writer, with work regularly appearing in a wide variety of different publications. Kate and Heather are both mad about gin and wish to share their enthusiasm with anybody and everybody. Ginspired not only seeks to describe how to make numerous different gin-related dishes, but also contains a plethora of different cocktail recipes, facts about gin, and tricks for cooking with it.

This will all be accompanied by exquisite food photos that will be taken by an established food-photographer. The book will be a must-have product for food fans everywhere. Dingwall and Wilson are aiming to fund its production via Kickstarter and release it in mid-November 2021. Kickstarter is a crowdfunding platform that entails supporters donating money to go towards the creation of a product that they want to make a reality. In return, they unique rewards related to the product that they supported.

Ginspired demonstrates how something that is typically believed to be a mere accompaniment to a meal can be part of the main course, with a bit of creativity and experience at selecting the right gins. Perhaps it will help to raise the profile of gin as an ingredient in food as opposed to just an alcoholic beverage. After all, there had to be a point when some brave chef decided to put rum in ice-cream, cake and a host of other unlikely foodstuffs. Maybe within ten year’s time, gin will have achieved a similar status. You can help it to do this by visiting its Kickstarter page today at https://www.kickstarter.com/projects/ginspired/ginspired%2dthe%2dultimate%2dgin%2dcookbook/?ref=kicktraq.